The Maldives are located in the Indian Ocean, southwest of the southern tip of India and are made up of 26 atolls that include a total of 1190 small coral islands that cover over a total 298 sq km. Out of these, 200 are inhabited.

The national currency is the Rufiyaa. The main supporters of the Maldivian economy are fishing, tourism and shipping.

The local language of the Maldivians is Dhivehi with a base of Sanskrit, while also being strongly influenced by other major languages of the region such as Indian, Arabian and African.

The Maldivian script is called Thaana and consists of 24 letters which are written from right to left. It was invented during the 16 th century.

The Kuri Inn Guest Houses are placed in the picturesque fishing village of Omadhoo in the heart of Ari Atoll, a clean and friendly local island. In contrast to the major resorts, on Omadhoo you have the opportunity to experience the real Maldives island life and traditions.

The island is about 3 sq. kilometers with under 1000 residents. Maldivians are reluctant to leave the territory of its atolls, so islands like Omadhoo have fully preserved the ancient way of life and traditions of its nation, carefully passed down from generation to generation.

The house reef surrounding the island is pure and innocent with great live corals and amazing marine life, perfect for snorkeling and scuba diving. The island’s southwest beach side ends with an extraordinary, beautiful sand narrow.

Almost 60% of the island is covered with tropical vegetation such as breadfruit and coconut palms. The western part of the island could be called a real ‘jungle’ due to a rich abundance of large banyan trees and tropical palms. 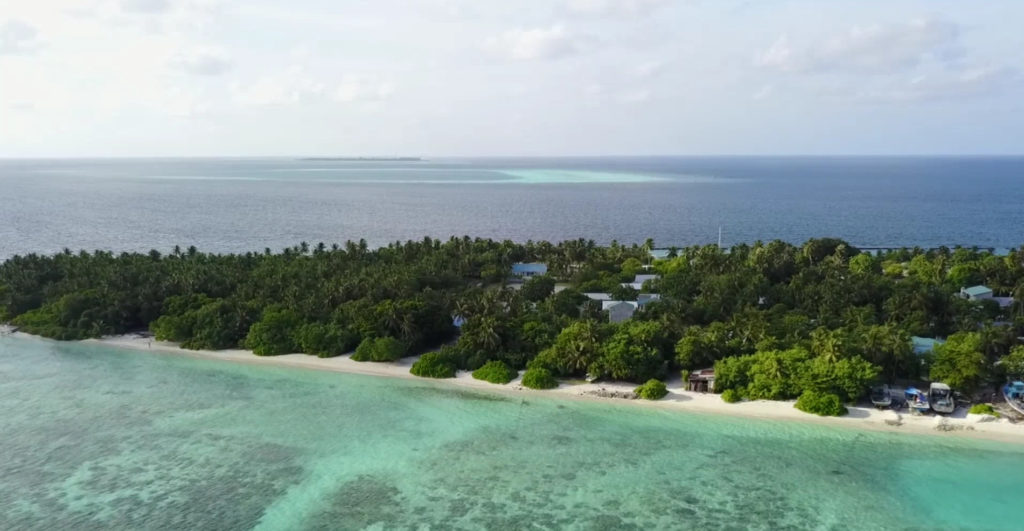